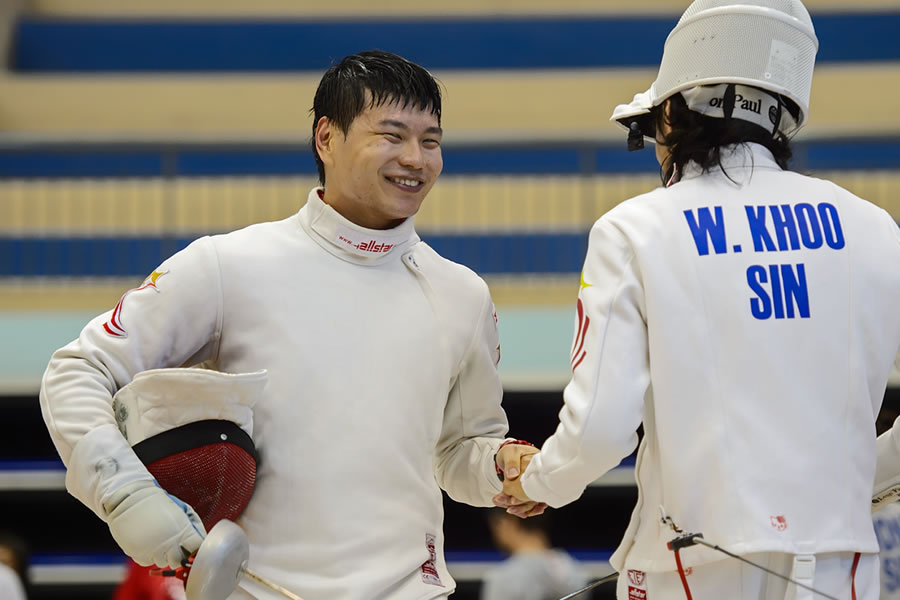 In part two of our feature on FCBC’s star athletes – we spoke to Lim Wei Wen, a national fencer who’s currently under Pastor Asher and Wendy Eng’s team.

He’s the first Singaporean athlete to win Singapore’s first Asian Games Fencing Medal in 2014. He has been awarded the 2015 Meritorious Award  (Individual) for fencing by the Singapore National Olympic Council (SNOC) and Sport Singapore (SportSG).

Let’s hear from him!

How did you get started on the sport?
On hindsight, it was rather ironic as it wasn’t my idea initially to start on fencing. I didn't even have the slightest idea what fencing was all about. I thought fencing was a co-curricular activity (CCA) that teaches one to build fences! I would say that fencing found me instead. I was studying at the Institute of Technical Education (Balestier) and wanted to try out tennis. However, ITE did not offer tennis as a CCA back then. The person in charge of fencing spotted me and he thought I had the right physique for the sport. Thus, he introduced me to it, and that was how I got started on fencing, which is now to me much more than just a sport. It’s my destiny.

What are challenges you face as an athlete, and how do you overcome them?
An athlete is no different from any other profession. It requires work, hard work that is. Just like any other white-collar worker who wishes to climb up the corporate ladder, many a times, there are necessary sacrifices. We need to invest time. The time that I’ve put into training to hone my skills definitely paid off in the long run. It sounds simple, but along the way, when fatigue starts to set in, when the fire starts to dwindle, alongside many other factors, that’s when it gets challenging. The challenge is to find the drive to achieve greater heights, and also to have the mental strength to persevere through even though your physical body is telling you otherwise. I know what I want to achieve out of my career, and keeping that goal in mind is what drives me to overcome any challenges.

What keeps you strong in your faith journey?
My family, relatives, and some of my friends who share my faith. Together we keep our faith in Christ strong. I learn from their journey and they learn from mine. 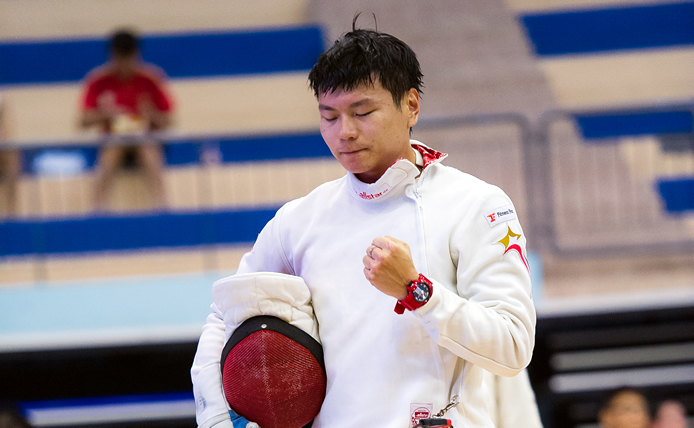 How do you live out your faith as a Christian in the world of sports?
Everything happens for a reason, He knows what’s best for me and I don’t doubt or allow myself to be disheartened when things don't move in my favour. Because I know that God has a plan for me. His plan for me is to prosper, and so whatever happens I know that with Him by my side, I am well taken care of.

Any last words to inspire our young generation out there?
Pain is temporary. Victory is forever. Have the courage to dream big but do not be afraid to fall. Pick yourself up when you fall. You can only get stronger.