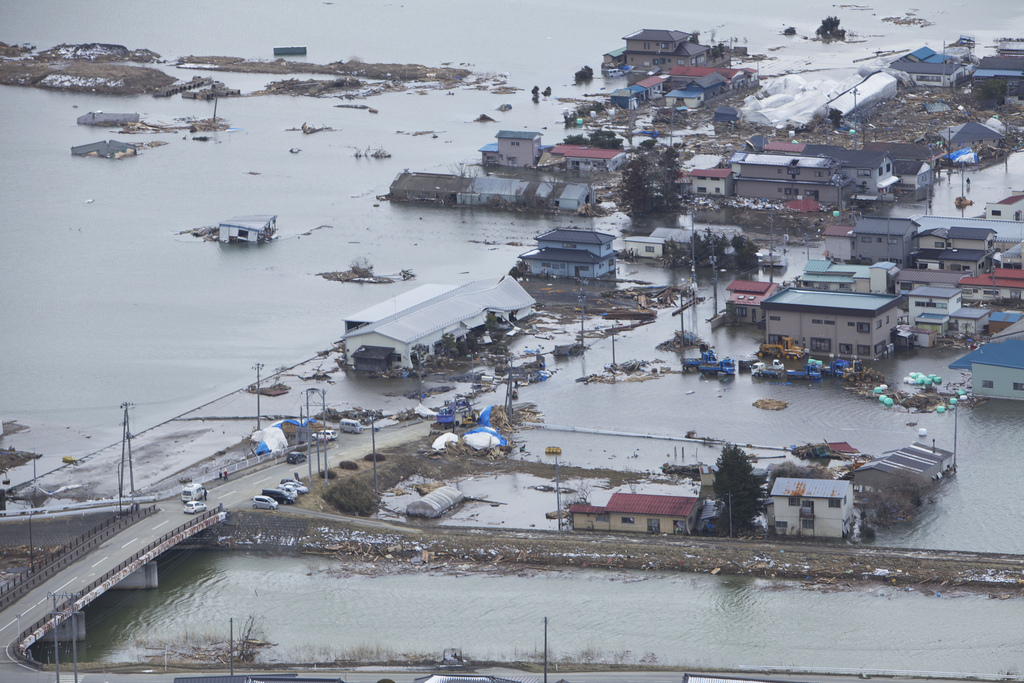 If not for the disaster (2011’s Tōhoku earthquake and tsunami), I would never have met people called ‘Christians’. Things related to God never crossed my mind.

After the disaster, I had a friend who needed to buy a car because the previous car was lost as a result of the disaster. We decided to visit my colleague, Yoshida san’s home. I was told he ran a second-hand car shop in Kurihara. There, I bumped into Pastor Kishinami, who had been helping us and delivered many goods to us. When I met him, he said he would remove a heap of debris from my house. I wondered, “This is too good to be true! On top of his generous supplies to us so far, he is also willing to get rid of the debris from my home?”

Regardless of my disbelief, I led him to my house for an inspection. While driving, I thought, “Why is he doing so much for others?” “This must be God,” I realised. I was so convinced it was God that I exclaimed in the car, “It is God. It must definitely be God!” The night before the volunteers came, I spoke to my husband. He said, “I have never heard of such unrealistic people. After the task, they just might send us a bill. It’s better if we stay away from them.”

The next day, Pastor Kishinami visited my house. He brought with him 40 other people – there were many foreigners among them. Once they arrived, they got to work without hesitation, starting with a mountain of dirty slime. I could not believe my eyes! Within a blink of an eye, the dirt, debris and slime was removed and cleared.

Aside from dirt in the house and debris piled up in the yard, there were also slime and mud that accumulated below the floor. A couple of volunteers actually got beneath the floorboards to remove mud. Initially, my husband and I thought they were boys – but they were in fact young girls from Singapore. On seeing that, my husband and I were surprised and overwhelmed, and even wept. I was utterly speechless. I could not understand why these young girls would get on their hands and knees, and get dirty and cold, to clean someone’s house, which has nothing to do with them? 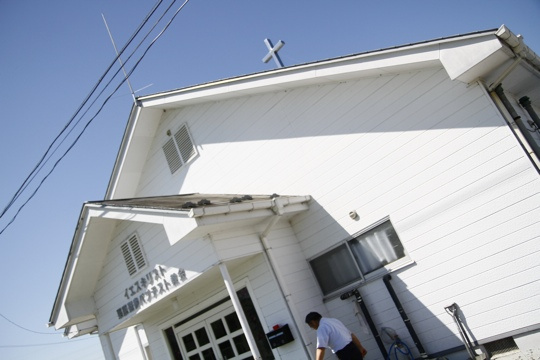 After that incident, I started to listen to the stories of God, and they soothed my heart. I visited Kurihara Church. Upon interaction with the church members, my heart opened to Christianity. One day, when I was at a session to study the Book of Acts, we were asked the question, “What do you think of when you hear the word ‘Christian’?” To which I answered, “A Christian is a good person.” Contrary to my opinion, we were told that the early Christians in the days of Antioch were scornfully called “Christ-nuts” or “Christeanoi” as an insult. Despite the insult, many Christians never stopped doing good deeds; that is the reason why, Christians are known to be good people.

Suddenly, the young girls from Singapore, who cleaned my home, came to mind. They truly deserve to be called “Christians” as they carry on performing good deeds in spite of unwelcoming circumstances. When I was asked how I found the study of the Book of Acts, unexpectedly I found myself answering, “I had my doubts about religion, but “Christianity” might just be for me!” After a series of Biblical studies as well as encounters with Christians, I confessed that I believed and wanted to follow Jesus.

After committing my life to God, my character is no longer what it used to be. I used to vent anger and become emotional when I was in a bad mood. And naturally, I received the same ‘treatment’ from others. But after I changed, the attitude of others towards me also synchronised and became more accepting. One day, after I had a quarrel with my husband, I ran upstairs and prayed, “God, help me!” To my surprise, he was totally different the next morning. Burying the hatchet, he behaved as though nothing had happened the day before. That incident reassured me of God’s power and greatness.

Since then, my faith has grown. To me, the disaster was a blessing in disguise because God revealed Himself to me through the disaster.

I sincerely thank all who prayed and delivered supplies. Kurihara is on its way to recovery! I hope you will pray and support us! Last and most of all, I thank God who is ever abounding in grace and mercy.